In Texas, October not only marks the start of the whitetail deer hunting season, but it’s the best time to start rattling for trophy whitetail deer because it is also a few weeks shy of the rut, a peak time to deer hunt here in the Lone Star State. The whitetail hunting season, which is based around the breeding season of whitetail deer, lasts nearly three full months. Although rut and whitetail seasons vary across the United States, deer hunters wait all year for “the rut.” Typically occurring in the middle of November to December in central Texas, the rut makes this the premium time to be out whitetail hunting.

As whitetail bucks enter the rut, mature males create territories or ownership over the land. They start by marking areas, by scrapping trees, to show their dominance over certain territories in the area! As does enter the area they will hang around to mate with this buck, but if another male enters this area, it typically turns into a battle. The dominant whitetail buck will battle for the land and run the inferior buck off. This battle consists of two bucks shaking their horns together to create a loud and sometimes violent ending. Many whitetail deer will fight to death over their territory. This starts with one whitetail buck challenging the other, if the other stands his ground, then the two bucks will then crash horns against each other and shove each other for many minutes. This is a must watch if you ever see it in person, which is rare. As the rut continues and deer are fighting looking for their next mate, hunters are scouting. Many hunters are looking for the signs of a buck’s territory.

This should be what every hunter is looking for while out scouting for their next whitetail deer hunting adventure. Now that you have a desired place to hunt your buck, how do you hunt it? 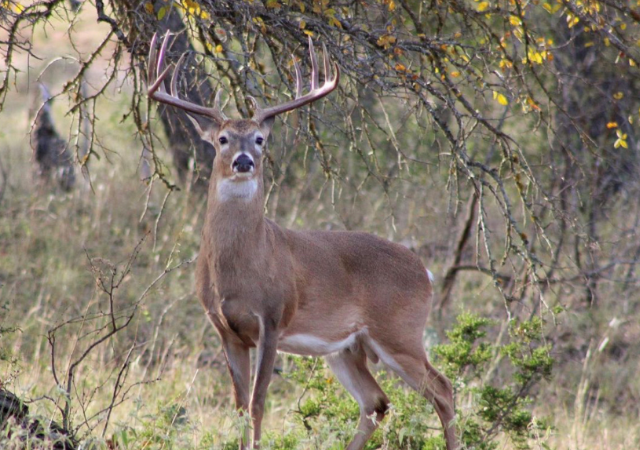 Many whitetail deer hunters are content to climb into a hunting stand waiting for a big buck to walk by, which certainly can work. But what if that deer you pursue isn’t interested in a food plot, or his cozy territory? He could be one ridge over the opposite way you were walking. Or on the move chasing does across a nearby field. What next? How do you improve your odds and tag your dream trophy buck? One way is to take a more active role by luring or tricking that whitetail deer into his own territory, by rattling horns together to mimic a nearby fight, or challenging buck. What deer think about the sound of rattling horns we have no idea, but we do know it works if done correctly. We start by smashing two antlers together and rustling a brush to simulate this battle between bucks. The rattling antlers method works during rut because this is by far the most intense part of the season for whitetail buck activity, and they will do anything to protect their territory!

Rattling deer is a tactic that began decades ago in Texas and spread across the nation, accounting for many successful whitetail deer hunts throughout the years. It can work anywhere, though there are certainly times and places where it can be more effective.

Rattling antlers in the peak of the rut, when deer are actively breeding, over the pre-rut and post-rut seems to be most effective. The downside is that most of the bucks that respond during the rut will not be considered the most mature deer of the area. Past experiences have shown more young or middle-aged whitetail bucks coming to check out the ruckus. If your goal is to bring in only the most mature deer, rattling during the pre-rut and post-rut is a better time—though you shouldn’t expect deer to come charging in like they might do during the peak.

Rattling a buck is a unique experience, and each guide/hunter has different rattling tactics. Sometimes it seems very discouraging, making a lot of noise to have no deer come in, but patience is key “It works, just not every time!” “Some days I rattled in 4 bucks before 9 a.m. and next day I didn’t rattle in a single one,” said Mike Franz, owner of Rock Creek Ranch, who has helped rattle in many whitetails for hunters. “I have rattled repeatedly without a single response. Like any tactic, it doesn’t always work. But over the years, it has proven too reliable not to try.” Here are a few tips to help rattle in your dream whitetail buck. 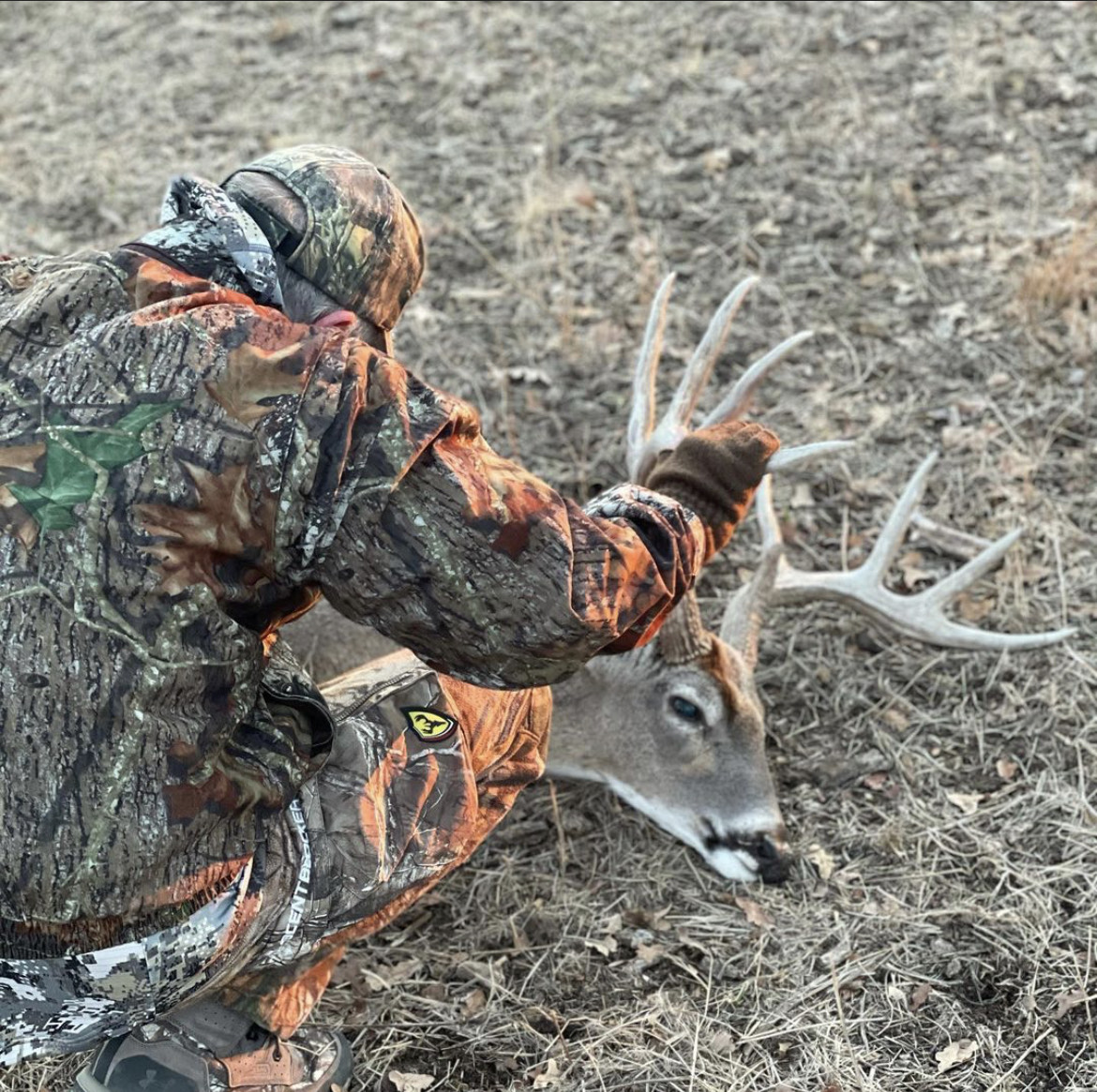 Whether you use rattling antlers taken from a past trophy or go with one of the manufactured deer rattling bags, both can be effective.

Real Rattling Antlers—These certainly can sound more realistic with a heavier clack, making them ideal when whitetail hunting exclusively for big bucks, in windy conditions or to make the sound carry. Although, they can be hard to carry because of their bulk, and if you don’t remove the brow tines, you can smash your thumbs while working them together.

Deer Rattle Bag—These sound just as real to a buck but are easier to pack because they are more compact and can be more discreet to use. On the downside, they are less effective on windy days when you need louder sounds also difficult to rake limbs and brush with. Nothing is better than the real antlers, but they will certainly work.

Rattling deer is one of the methods at Rock Creek Ranch we like to use in situational time periods! Rut is the only time we infuse this in our hunting portfolio. This method can be very effective and although it is fast and exciting it doesn’t always produce, that is the nature of hunting! This is why hunting has uncertainties and surprises! So, get out there and smash some antlers to see what happens.